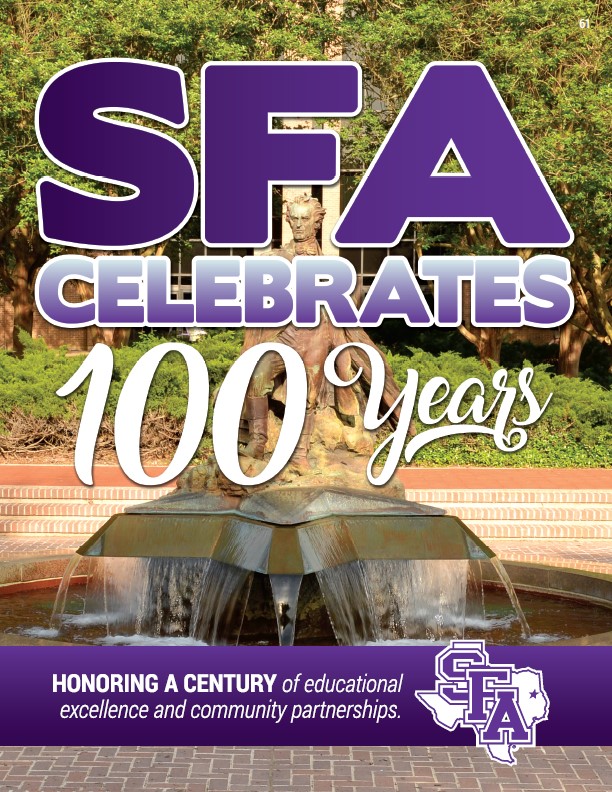 ogdoches. As the university crossed the century mark, the A-Team reflected on the many A-ssociations we share with this stalwart Texas institution. Building a timeline for a special SFA section in the 2023 Nacogdoches County Chamber of Commerce Official Guide & Chamber Directory, underscored the relationship a school can have with a community and vice versa. If your business isn't connecting with the resources of SFA, now is a great time to take a closer look at the opportunities available. We are proud of our personal and professional partnerships with SFA and look forward to continued collaboration into this next century.

The A-Team has answered the call to assist SFA in designing, producing and promoting the university through print, digital, event planning, public relations, logo design, signage and special projects. As a local partner, we're especially attuned with what it takes to attract audiences for recruiting, speaker events, athletics partnerships, fundraising benefits and exhibitions. Click each thumbnail for a closer look. 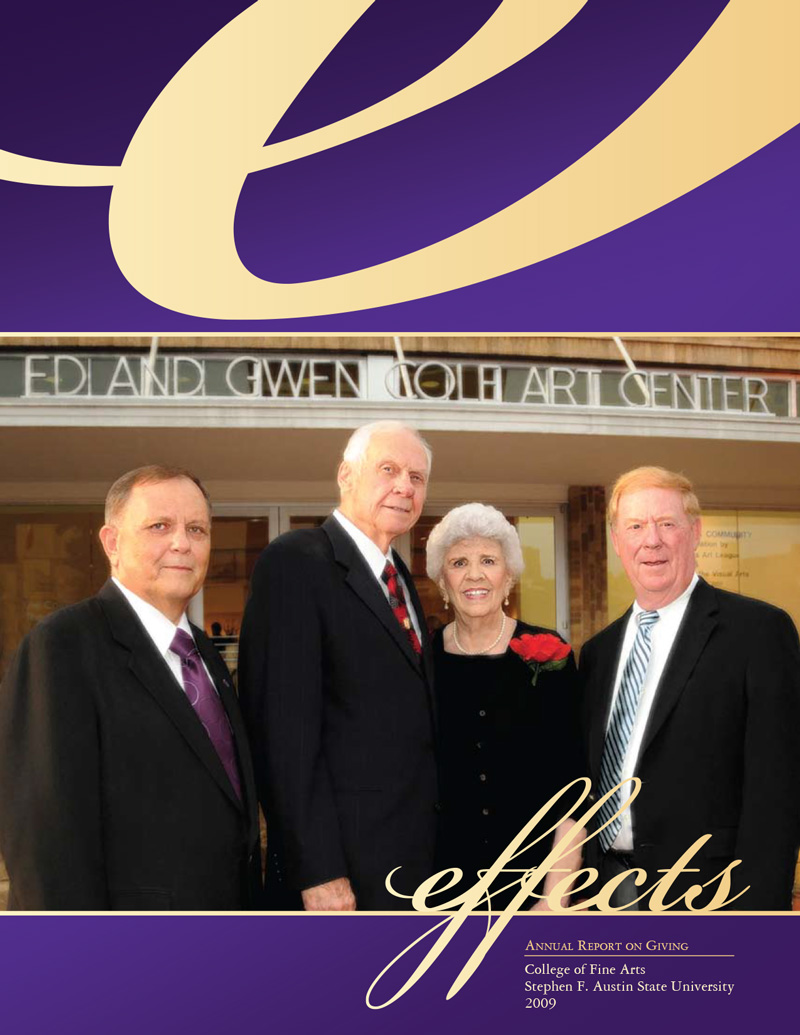 The A-Team has a deep appreciation of the arts. Point A Media has sponsored the University Series and members of our team have given generously to the Micky Elliott College of Fine Arts. We've also given time, talents and lots of sweat to volunteering through Friends of the Arts and the founding of Sculpture for All.

Michele's family appeared in multiple on-stage productions in the former Griffith Fine Arts Building, including six operas in collaboration with the School of Music. Both kids attended Junior Jacks Theatre Camp, and her oldest attended SFA's High School Theatre Workshop and starred in two separate productions of "Amahl and the Night Visitors."

Angela and her husband, the late Hank Wiederhold, followed SFA Women’s Basketball for many years and particularly enjoyed the years the Daylyn Harris was an SFA Ladyjack. Michele and her family have cheered the Ladyjacks and Lumberjacks at home and away games for basketball, soccer, football, softball, baseball and volleyball. The Pecks ran in Jack Charge, made some noise from the Purple Haze student section in Homer Bryce Stadium, and their kids demonstrated memorable moves as dancing tacos during basketball game halftime shows.

Point A Media has helped connect SFA resources in other areas of the community, including coordinating spending/promotion in town/gown grant projects. 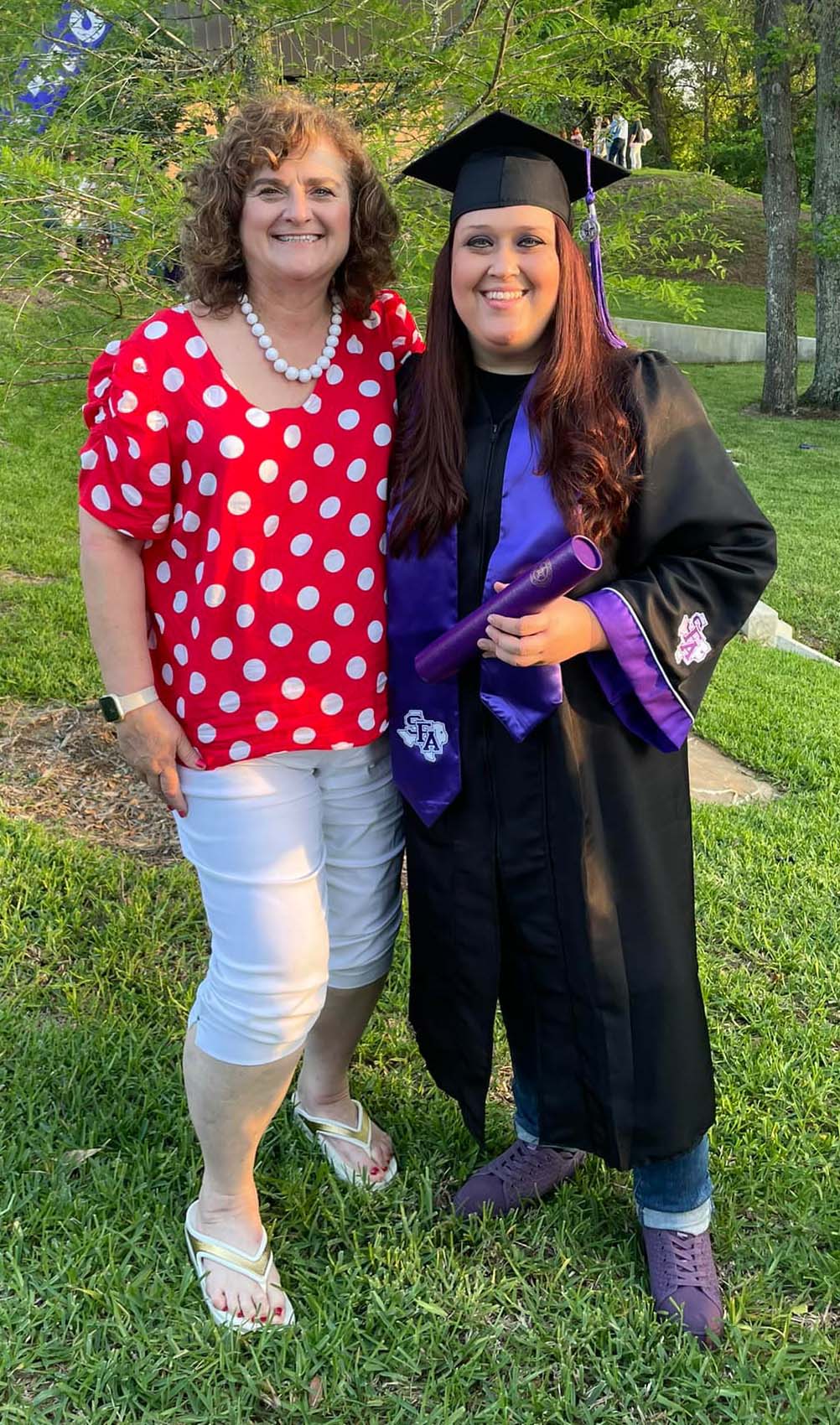 Morgan started her SFA education on the courts of the Ladyjack summer basketball camp before returning to earn an MA from SFA. Dana's son Aidan is a current SFA student. A-Team Alum Jeffie Brewer earned an MA and an MFA from SFA. Angela's son Henry Wiederhold and daughter-in-law Laura both hold degrees from SFA. Michele's kids attended pre-school in the SFA Early Childhood Lab, went through elementary school at the SFA Charter School, enjoyed piano lessons through the SFA Music Preparatory School, participated in the Barrio Writers' Workshop, received private instruction with SFA Music students that included opportunities to perform in Cole Concert Hall, and enrolled in dual-credit classes in coordination with Nacogdoches High School. A-Team members have answered the call to serve as panelists and speak with classes about working in design, marketing and advertising. We also mentored interns who earned real-world agency experience in our fast-paced office. 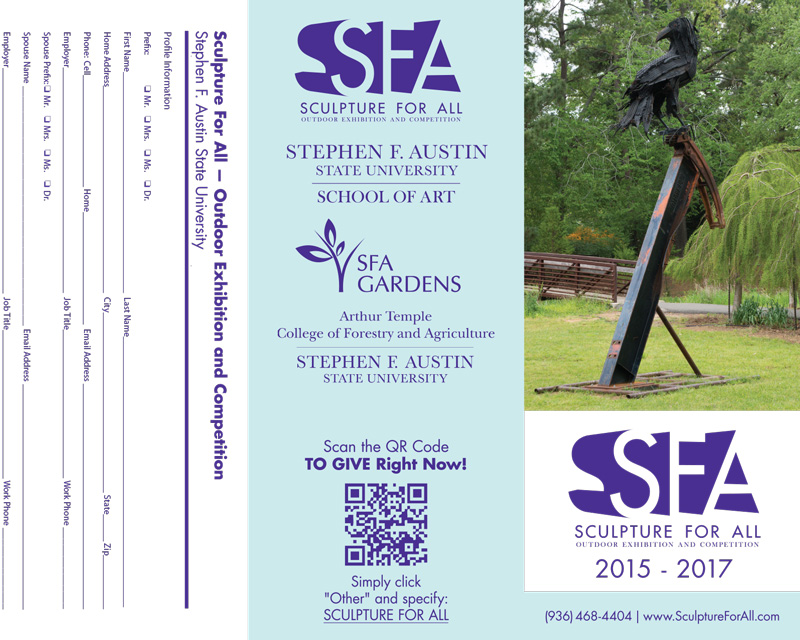 As chair of the Garden Capital of Texas Committee, Angela has worked with hundreds of volunteers and the community to raise funds to expand, support and grow the SFA Gardens and the education programs for the SFA Gardens. Michele served on the Dean's Circle to raise money for endowed professorships in the College of Fine Arts. Michele also helped raise more than $100,000 for the SFA Charter School through annual campaigns. Members of the A-Team have supported fundraising campaigns through giving to a wide number of academic programs. 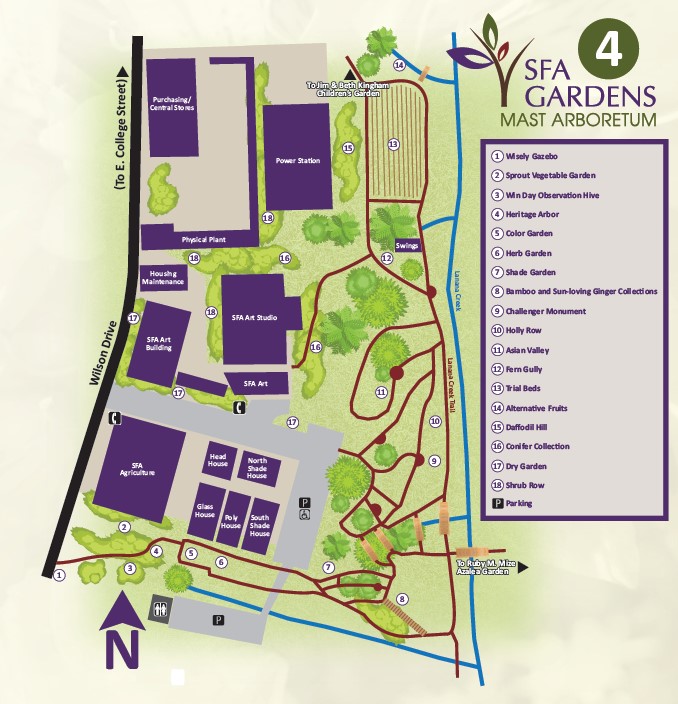 The SFA Gardens logo was designed by Point A Media. Angela is a long-time donor to the SFA Gardens. Angela, Kendal, Angie, Jeffie and Michele have all volunteered time to support SFA Garden events. Dana helped define the twisty SFA Recreational Trails through the Gayla Mize Garden and signage for multiple gardens. 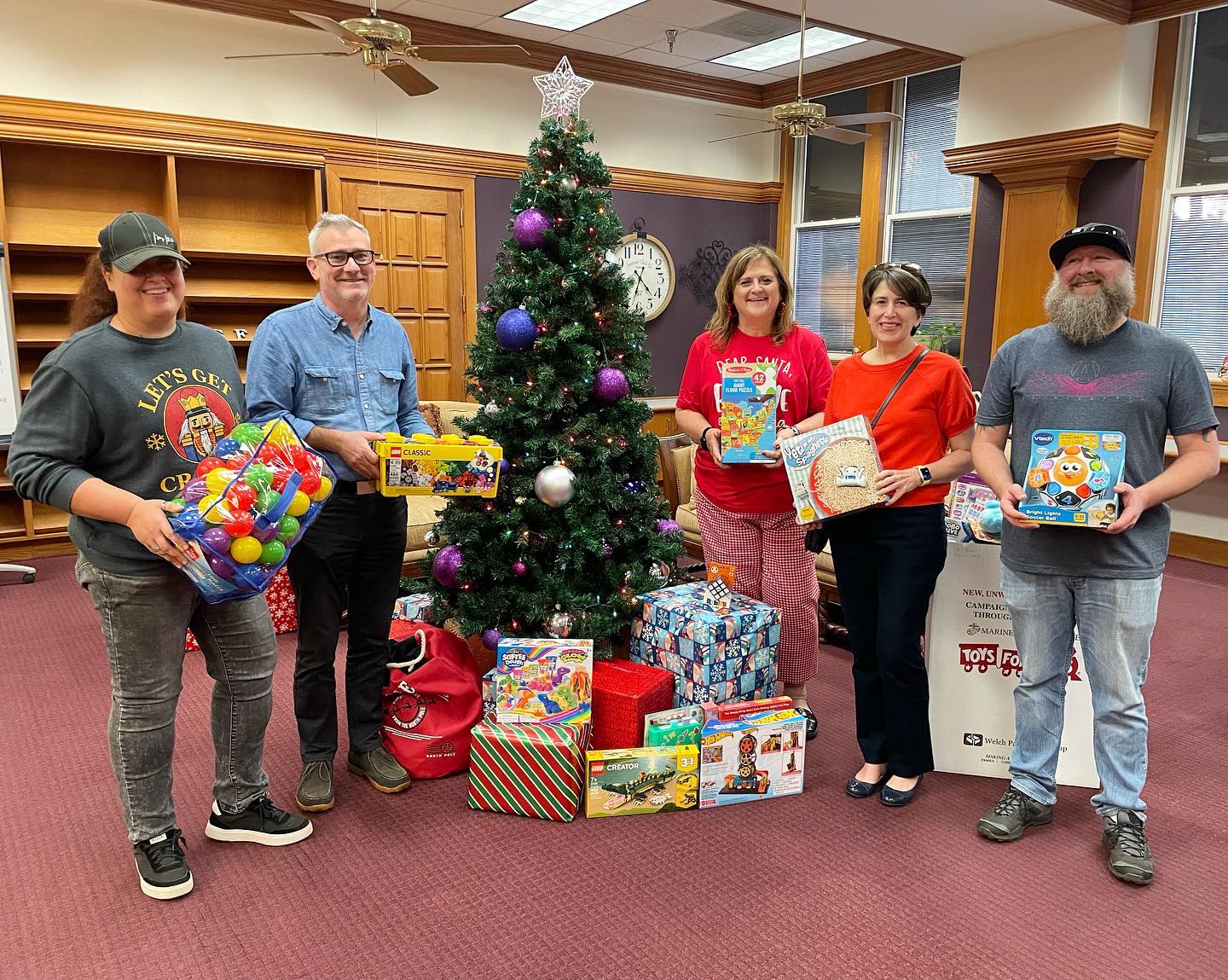 A-Team members have supported a wide range of special programs through SFA that impact our greater community, including Driving Jacks, SFA FTK benefiting the Children's Miracle Network, Purple Santa/Toys for Tots and Paint the Town Purple. Michele and Angela served on university fellowships that supported college students through area churches. Every member of the A-Team has participated in Leadership Nacogdoches, which includes a visit to the State Legislature and work as SFA advocates in Austin.

Kendal's wife Marty Prince is an adjunct professor at SFA. Jeffie was a professor in the School of Art for 13 years. Michele's late husband Dr. Adam Peck served as the Dean of Students/Assistant Vice President of Student Affairs, taught SFA 101, advised Student Government Association and was on the graduate faculty. He helped develop and enhance many Lumberjack programs that continue today, including Jacks' Charge, SFA FTK, 1923 Society, the SFA Way, Purple Santa and presenting an axe handle to every incoming student. Adam also spearheaded and supported efforts to create the Student Emergency Aid Fund, the Lumberjack Food Pantry and the university’s Chief Diversity Officer position. Angela's son Henry has worked in the IT Department for SFA since his days as a Lumberjack student. 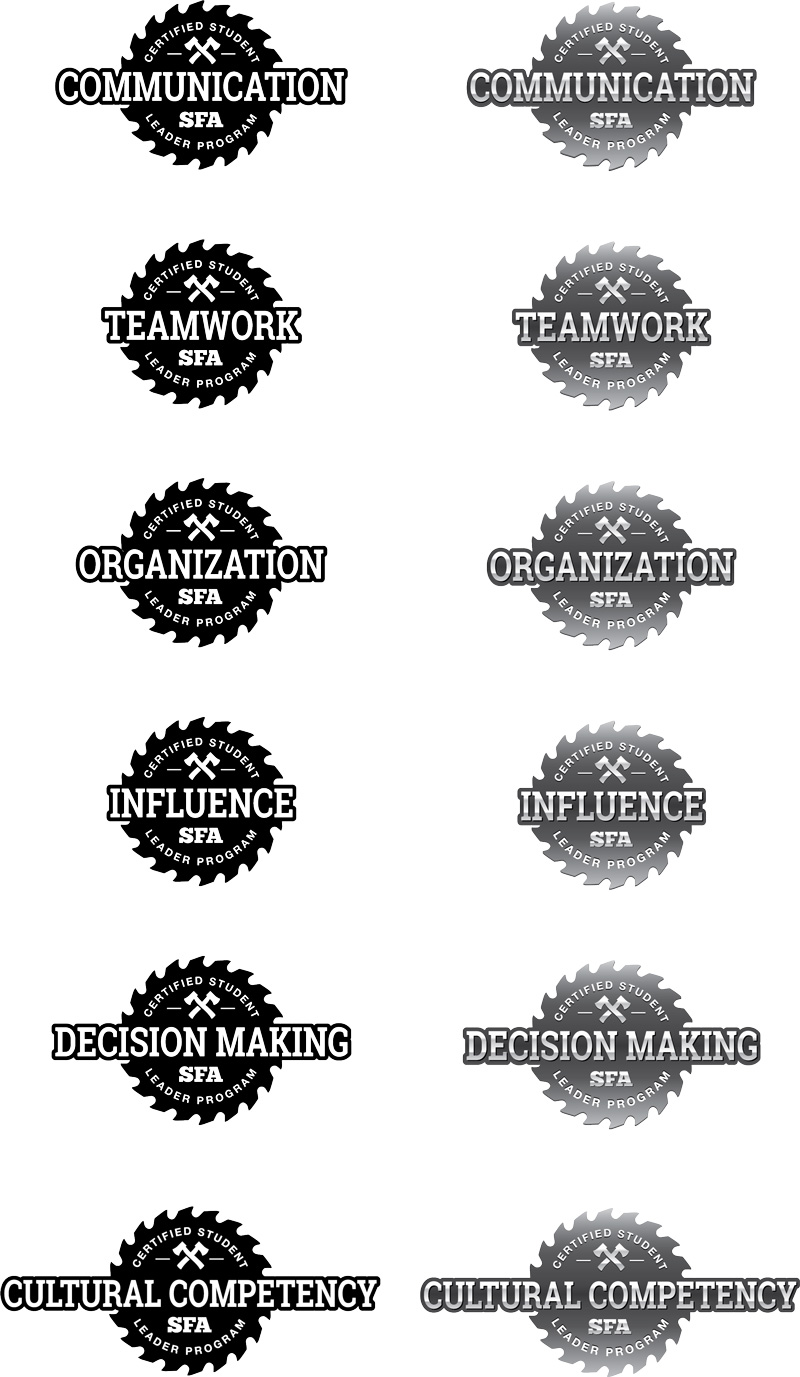 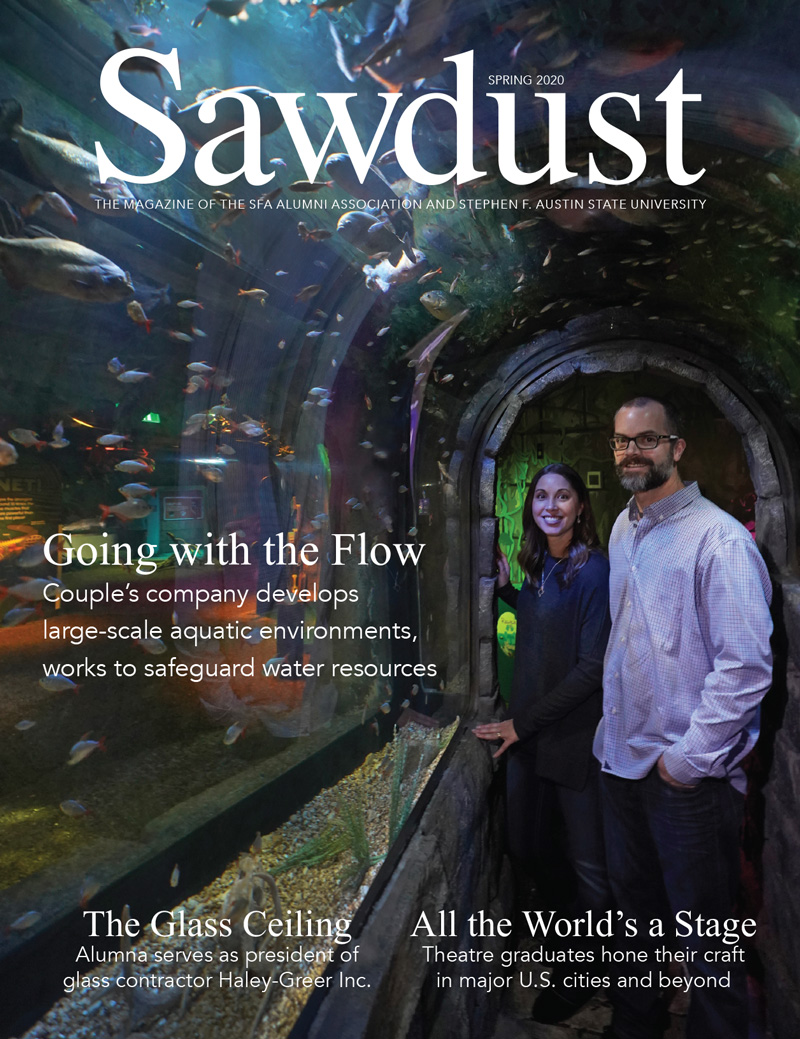 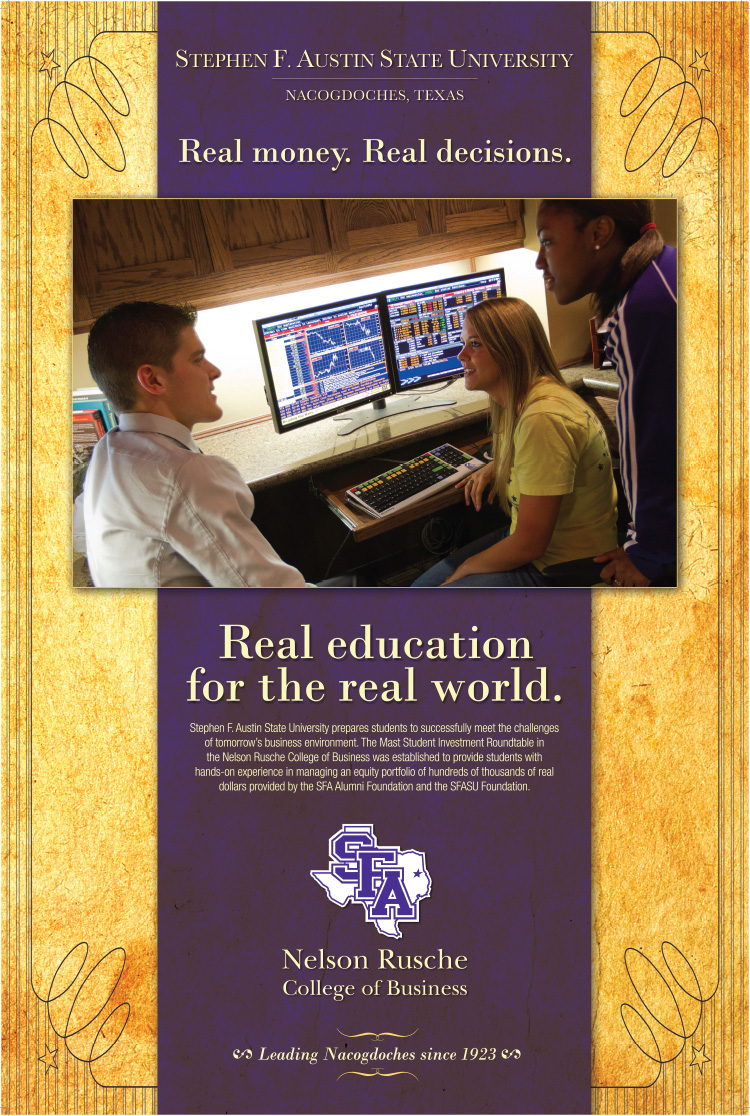 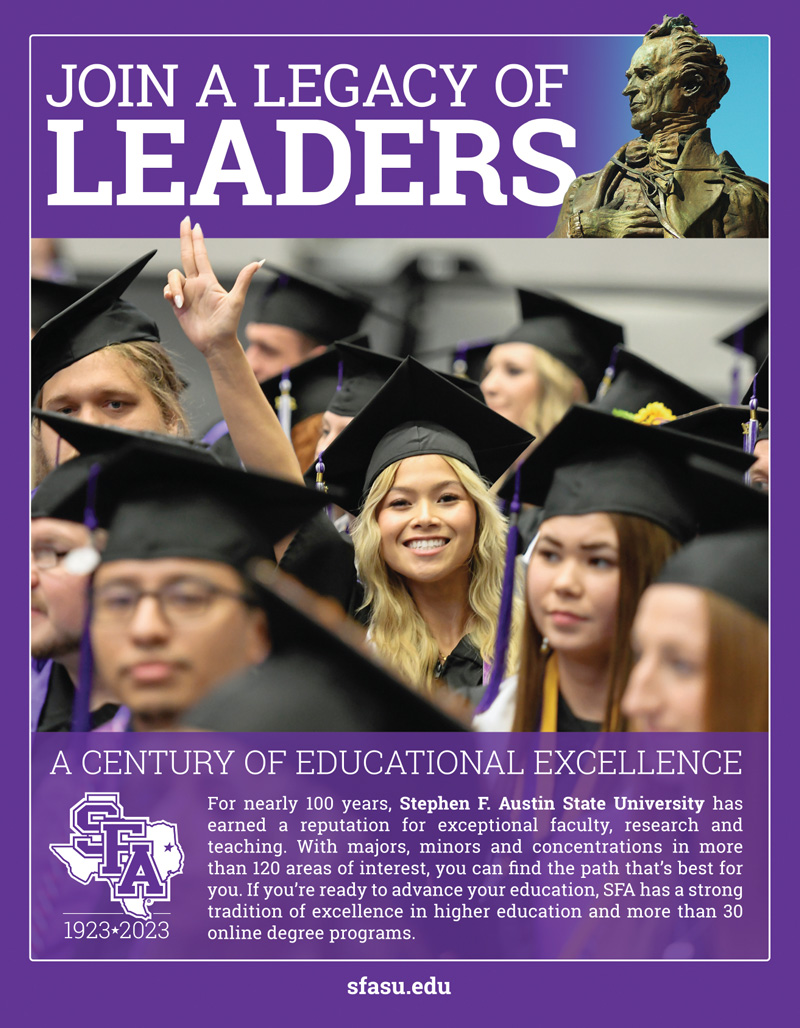 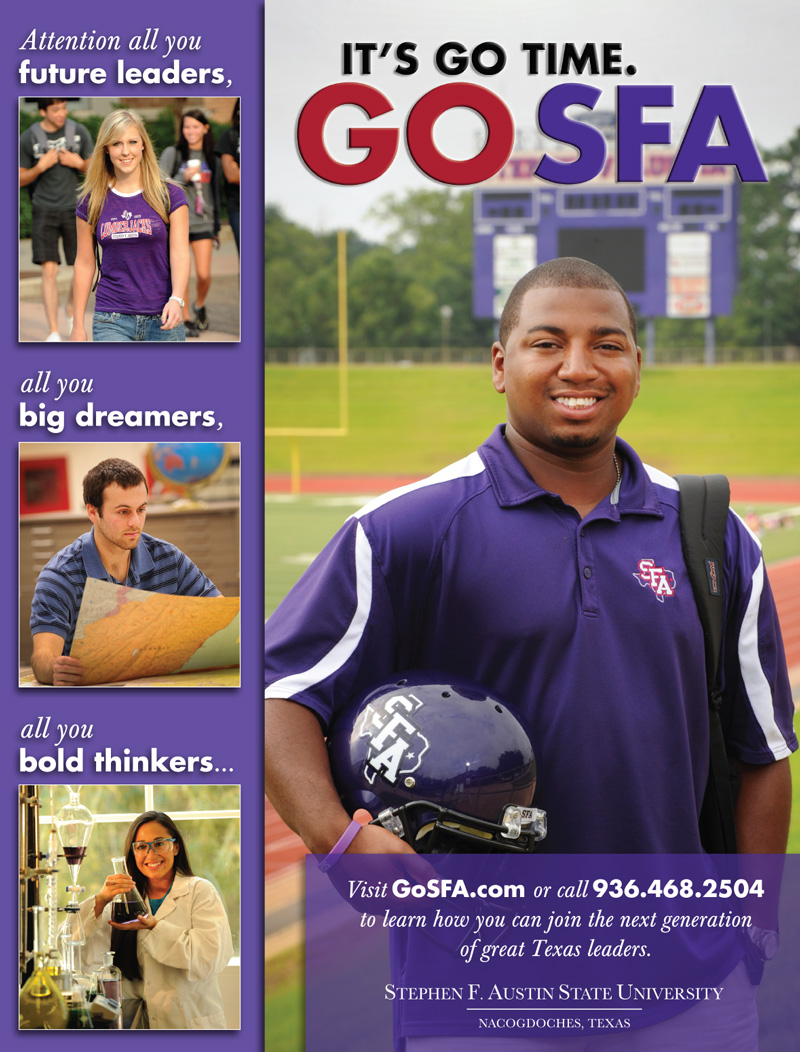 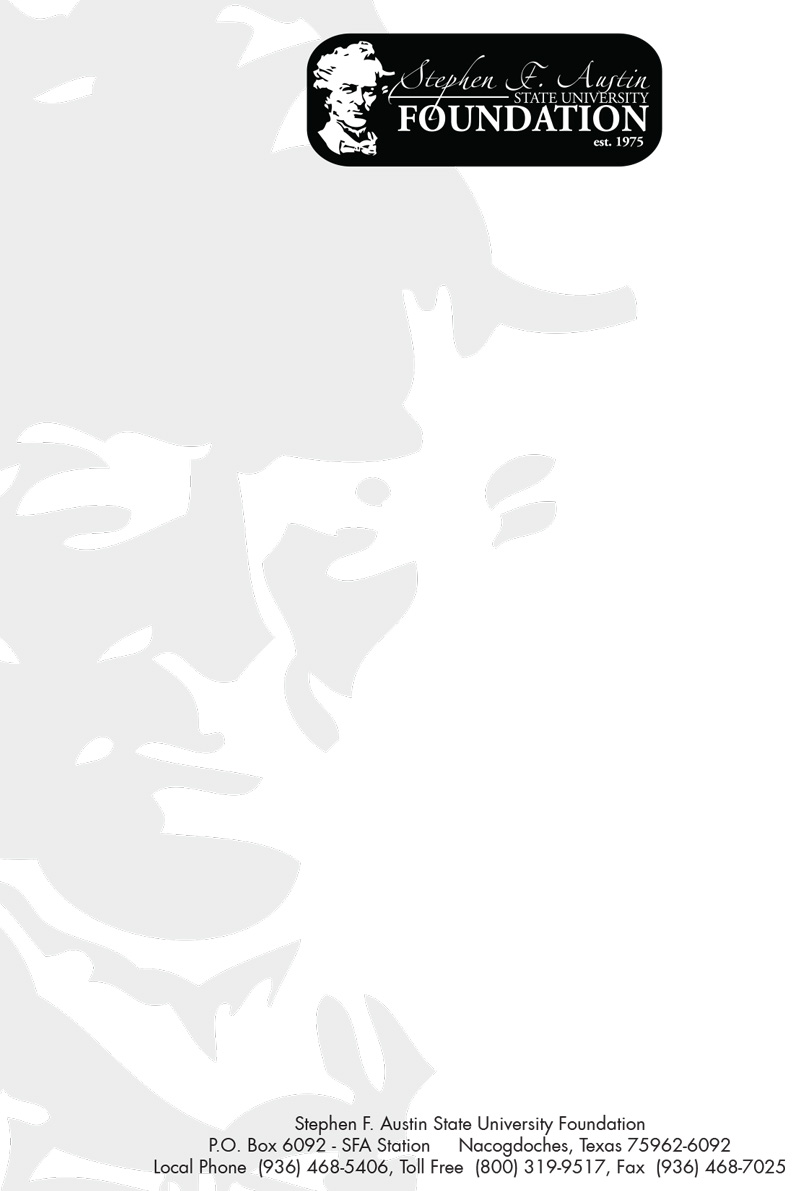 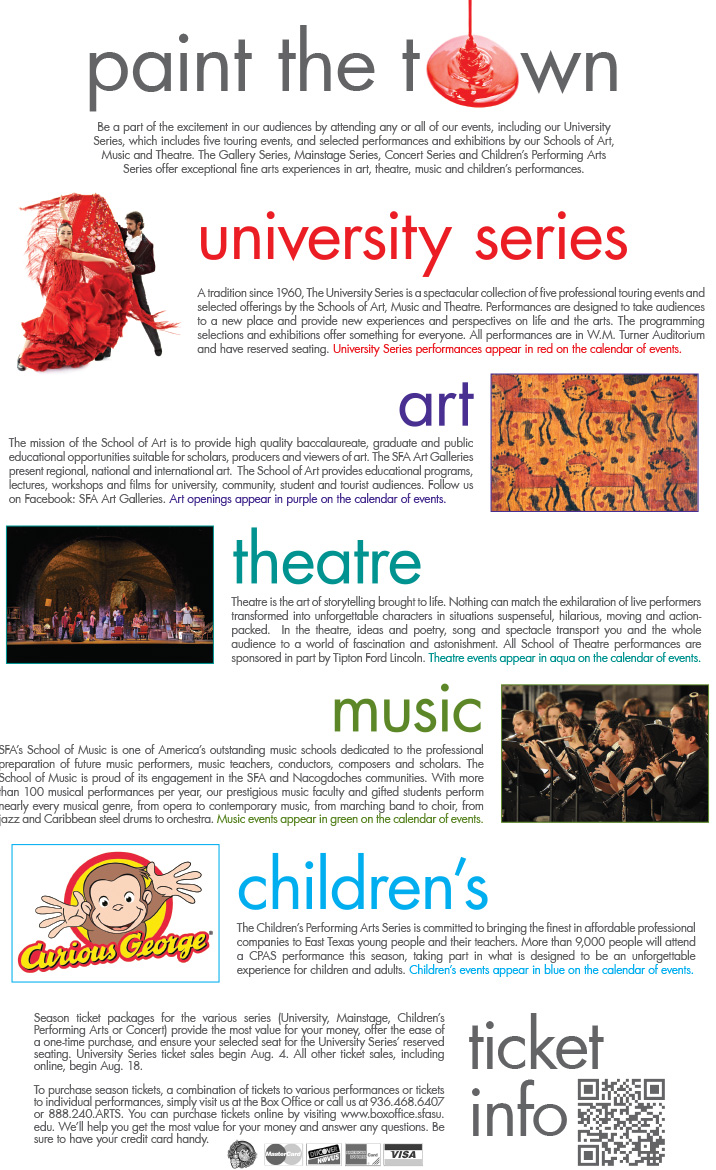 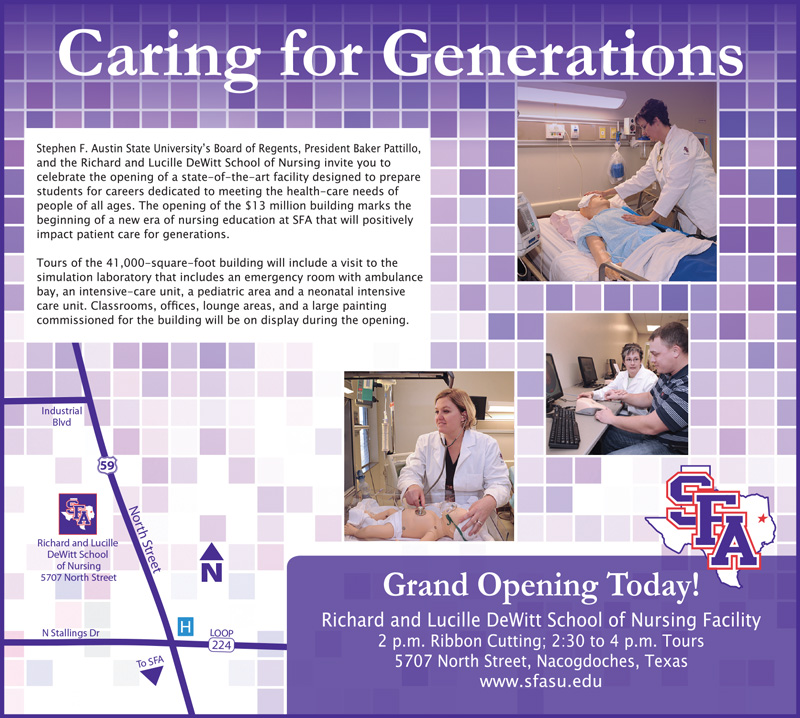 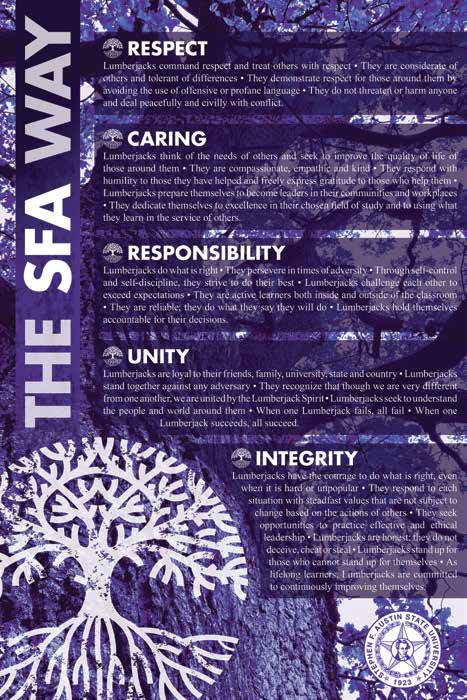 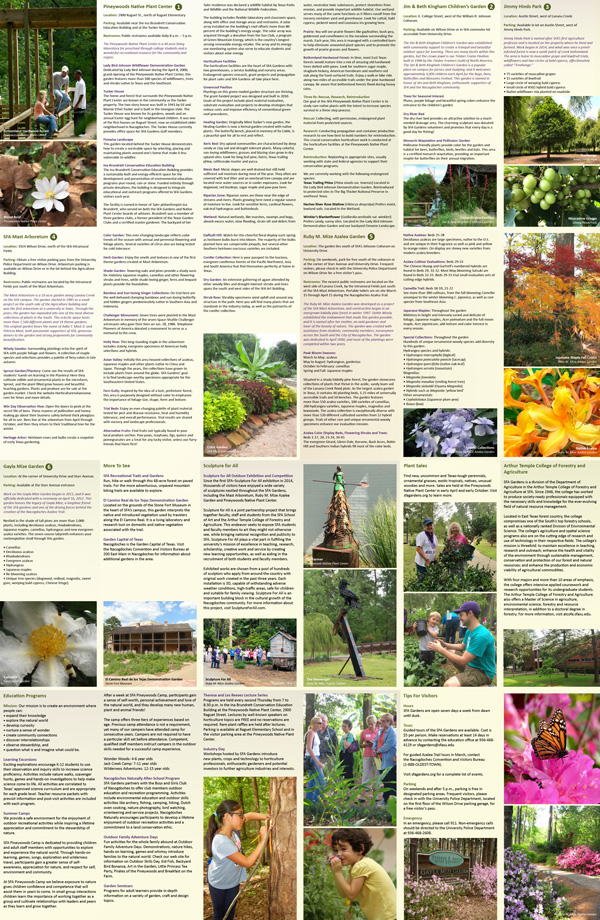 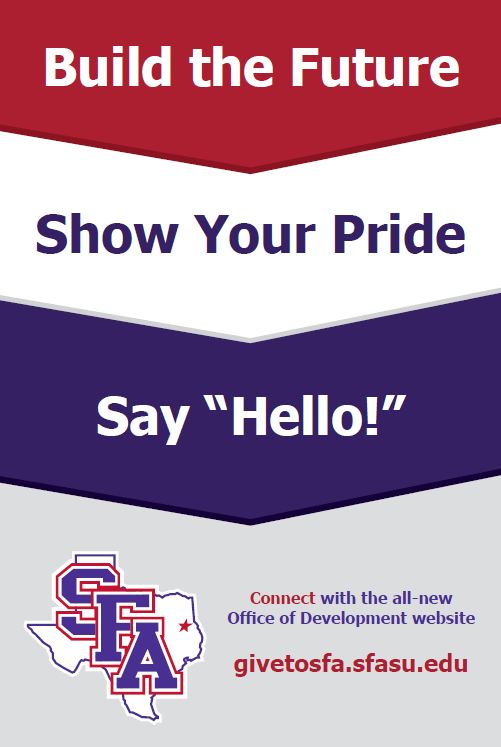 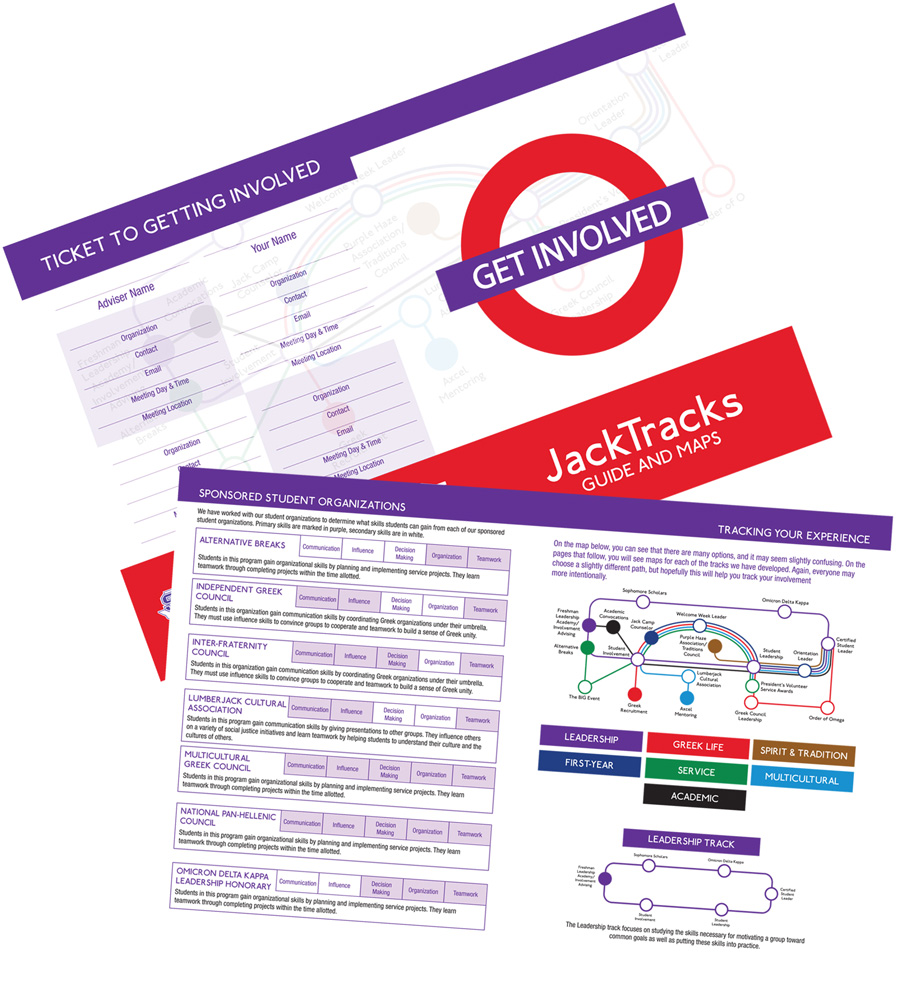 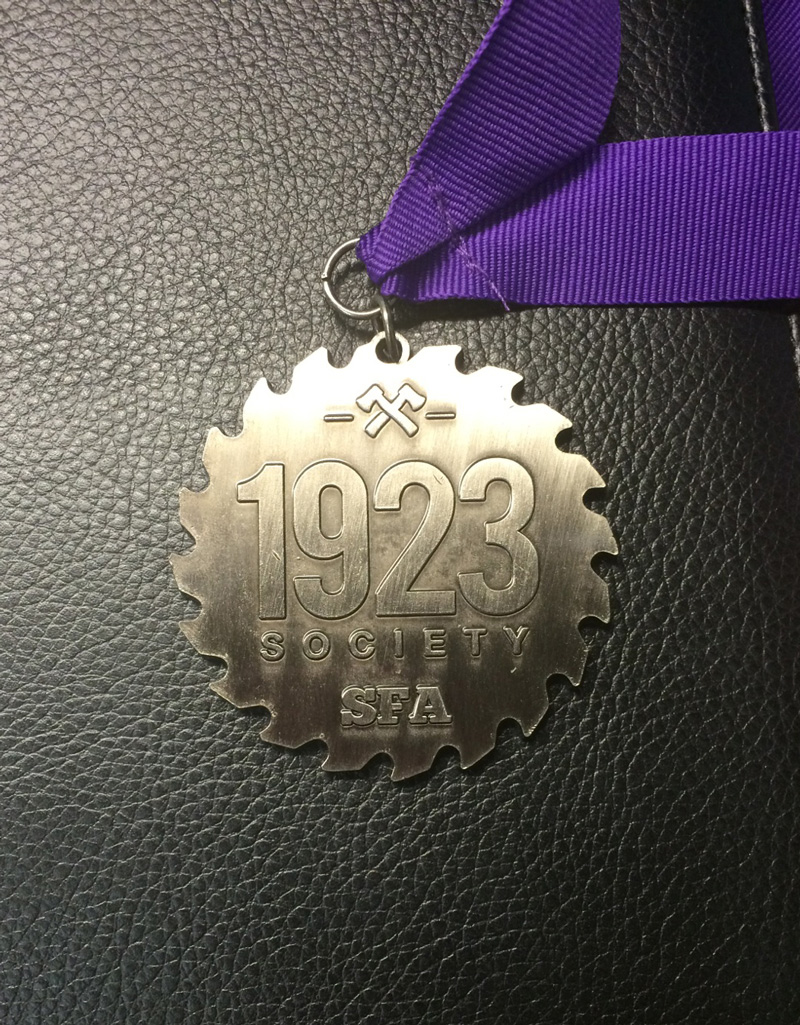 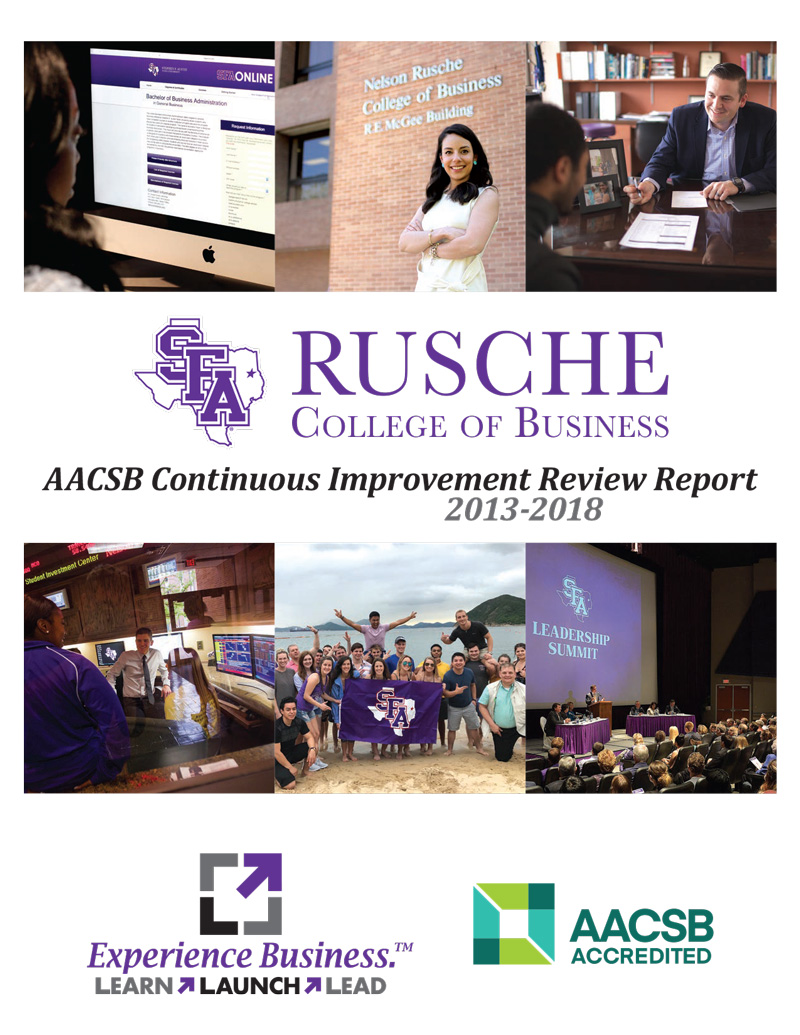 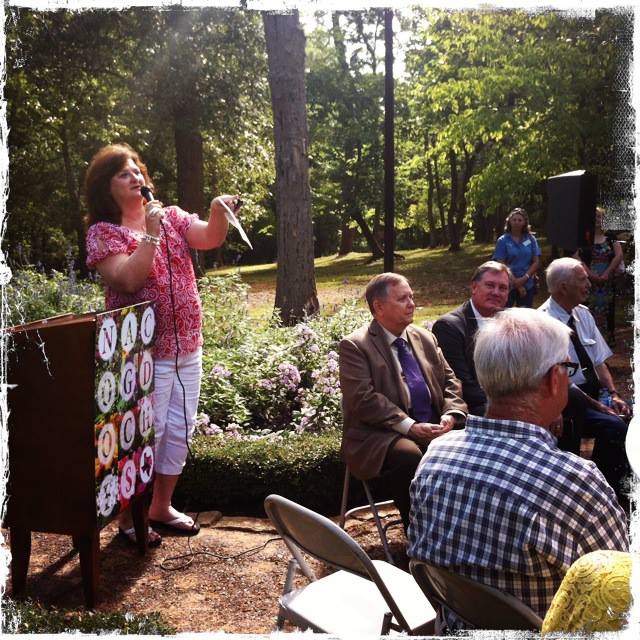 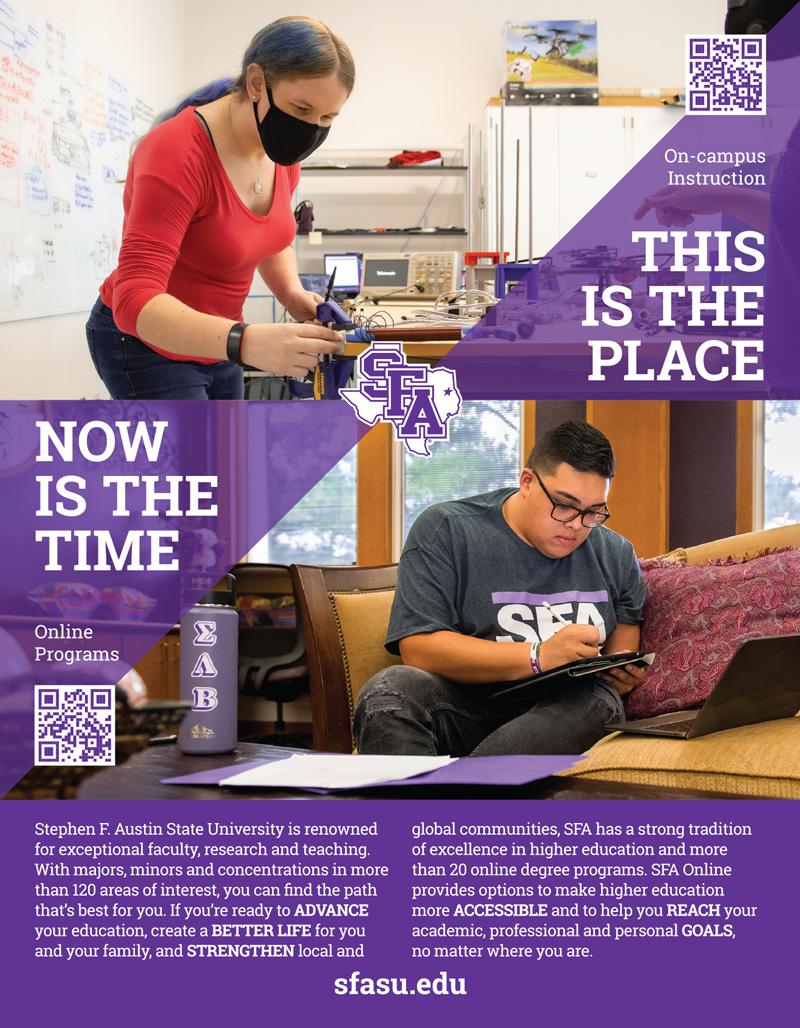 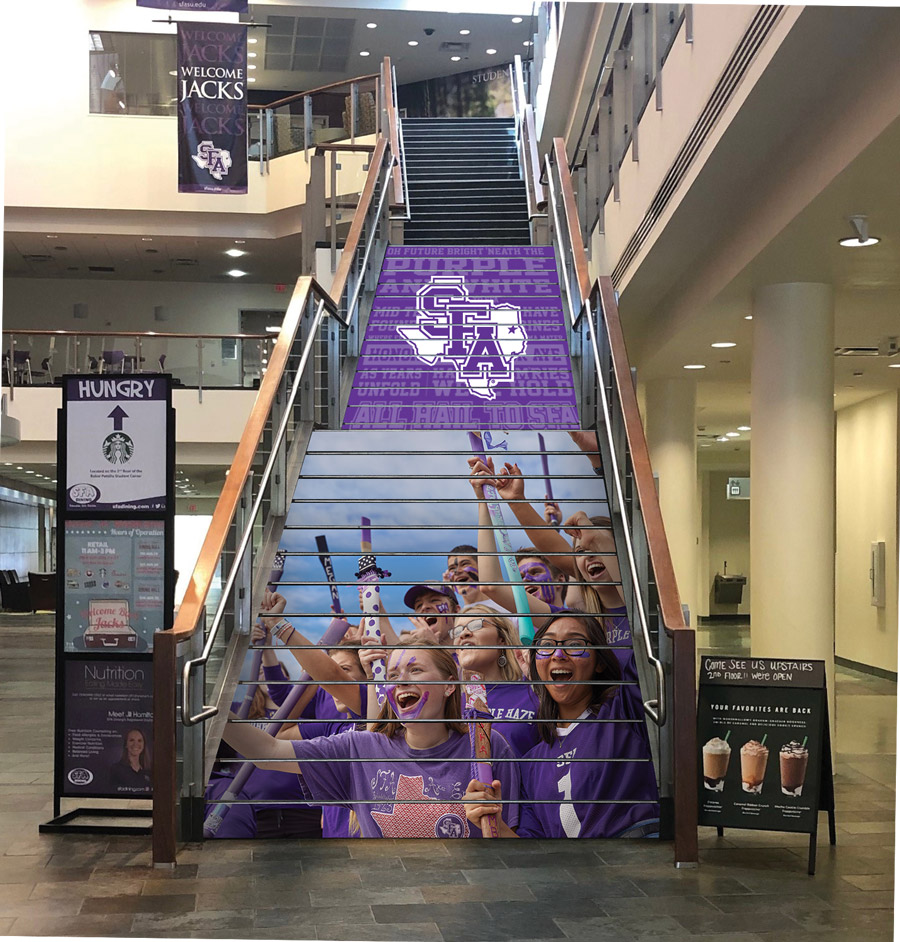 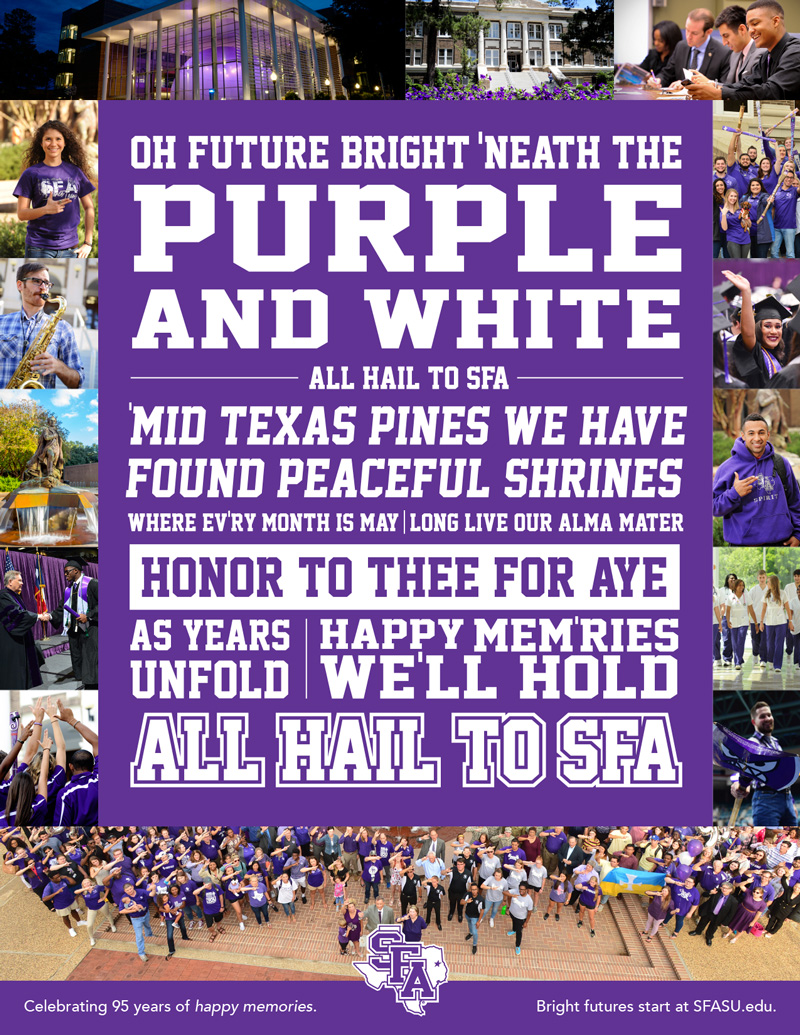 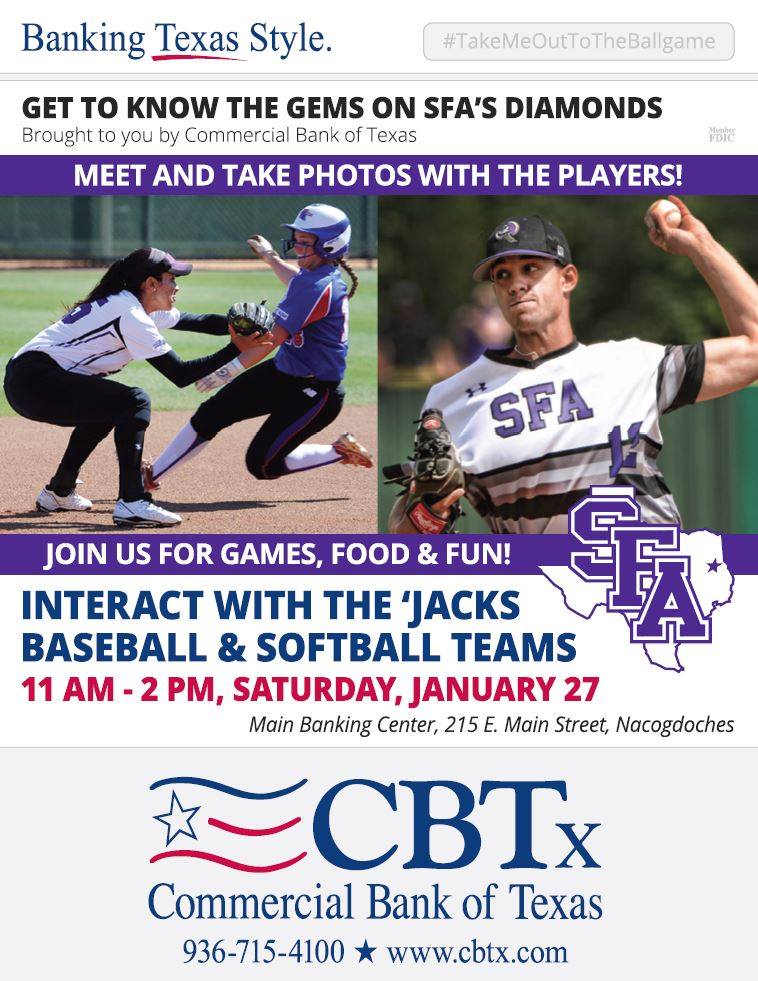 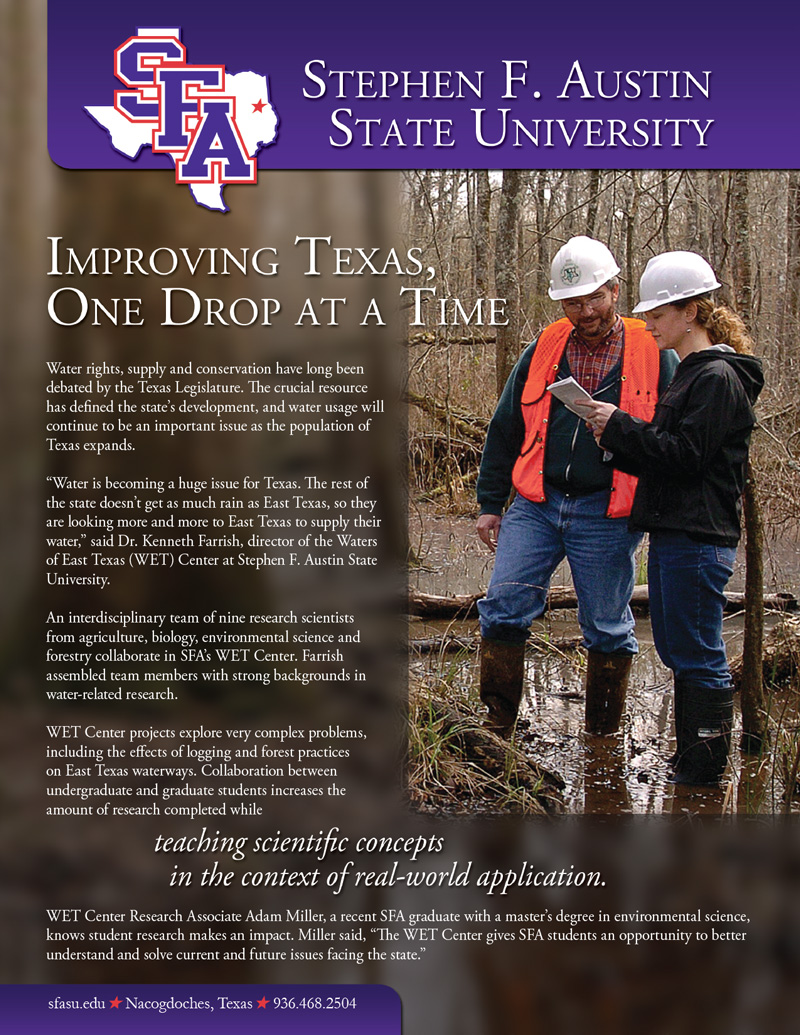 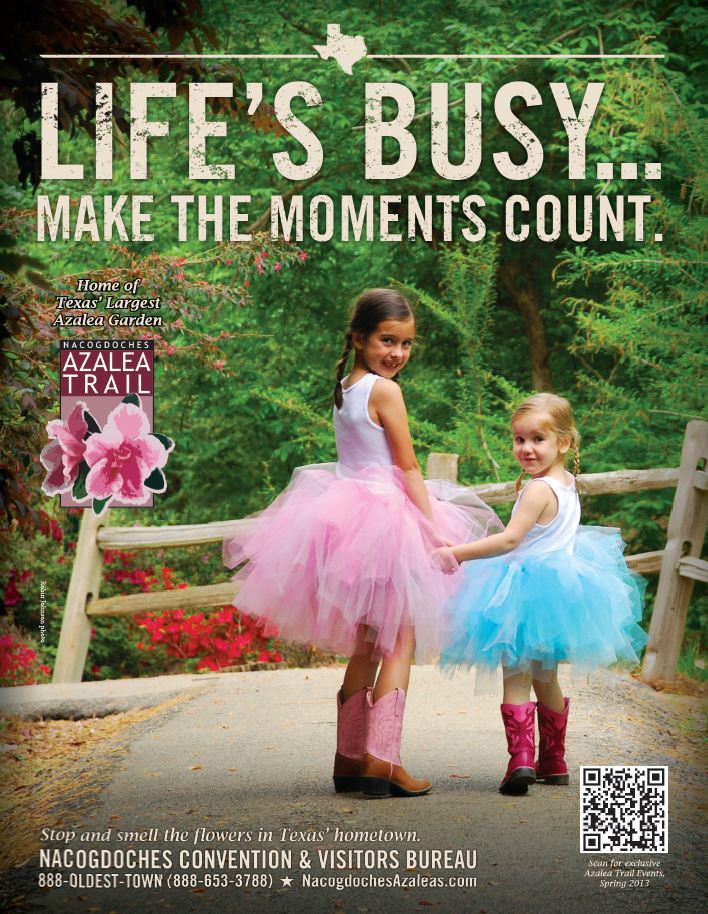 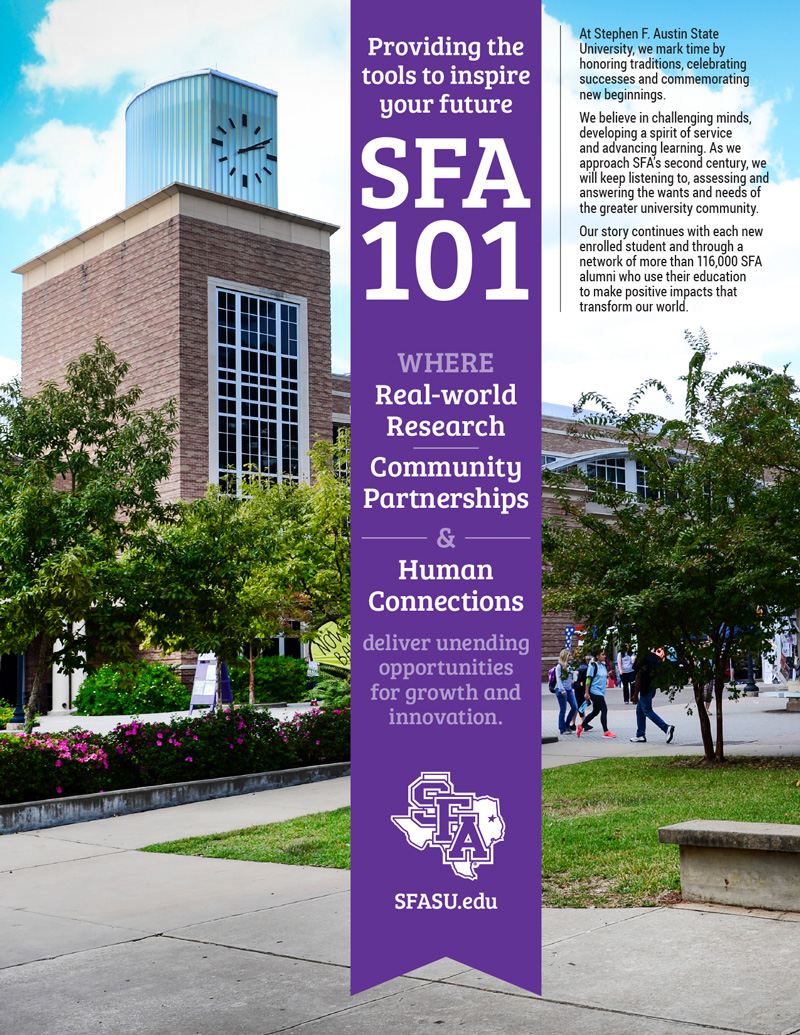 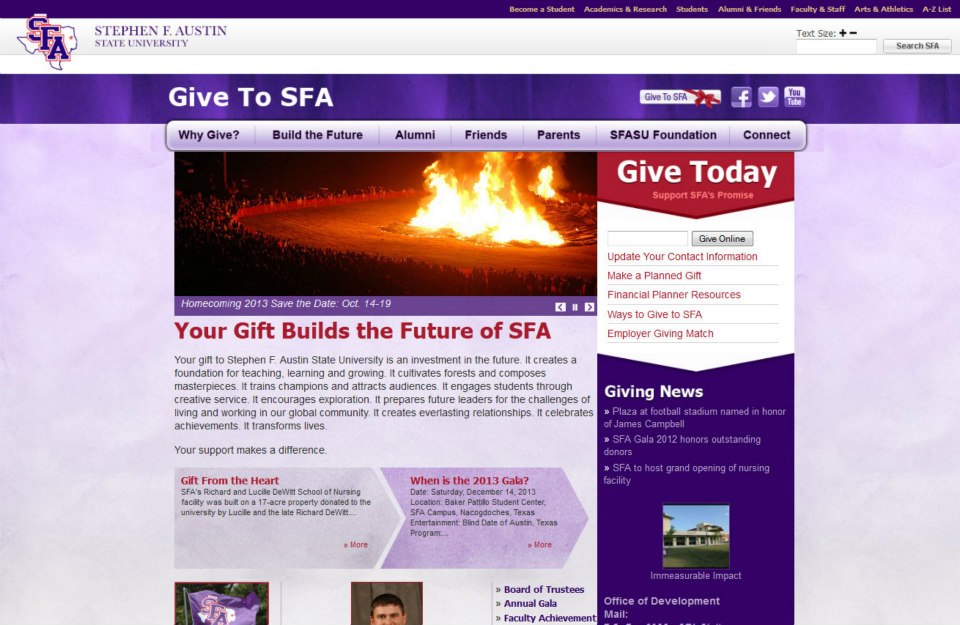 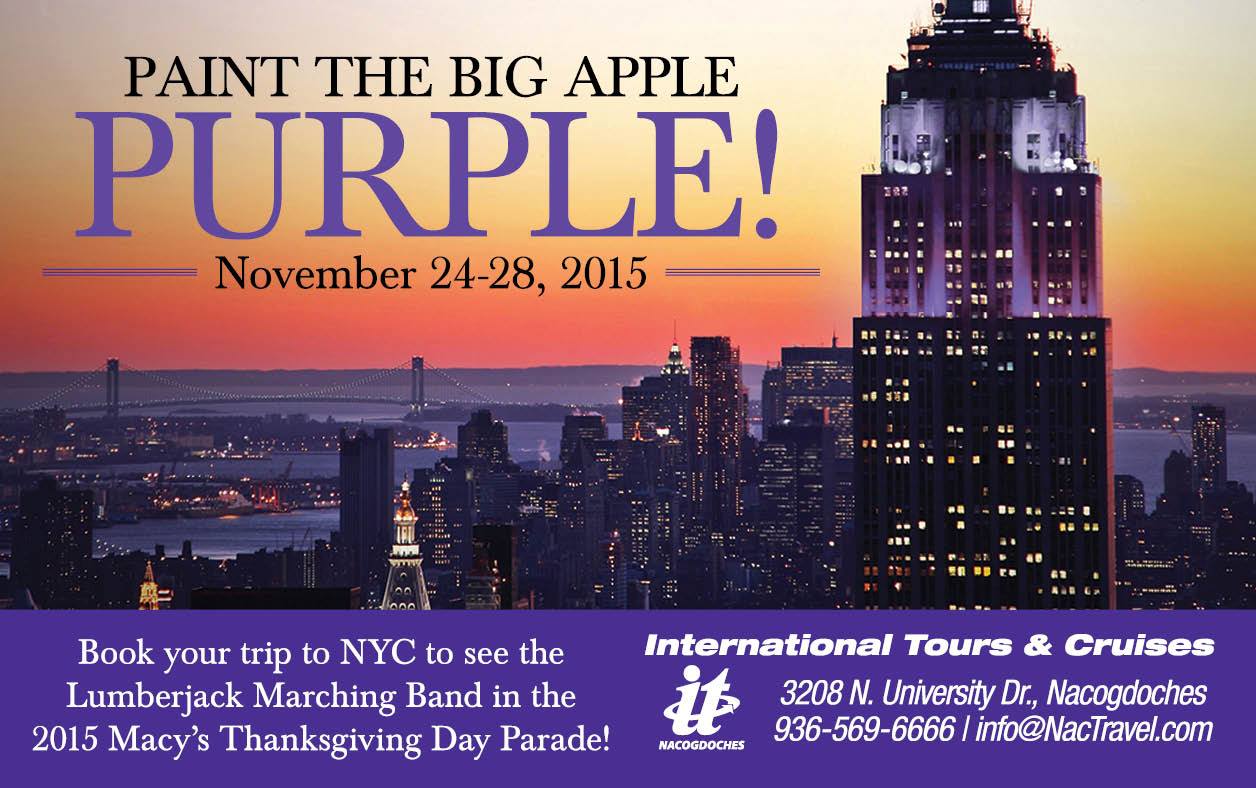