Representative quote: "It's like trying to stuff a marshmallow into a piggy bank."

After graduating from the commercial art in advertising program at TSTC in Waco, Dana began his career as a graphic designer at a commercial printing company, working his way up to head of production in two years. He's been with Point A for more than a decade, where he splits his time between design projects and web development.

Dana began working on web because clients wanted someone who could not only come up with an attractive look but also write the attractive code to make their concepts a reality. Say what?!?! That's right. A creative who can code. He enjoys balancing his time between artistic endeavors and the nerdish devotion to detail required to build a solid site. His people-pleasing programming skills include HTML 5, Php/MySQL, Javascript/Ajax/Jquery and Flash CS5.

Dana and his wife Dana (spelled and pronounced the same, which has the potential to be really confusing, but they pull it off) are the proud parents of two boys, and when he's not working he can be found hanging out with his family. 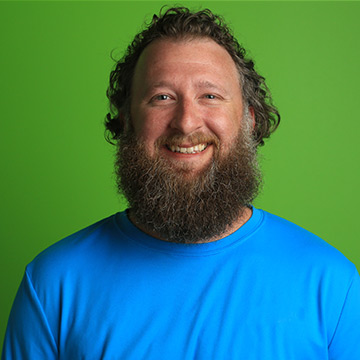