Angela, an Oklahoma girl who got to Texas as soon as she could, is a whirlwind of activity, a juggler of jobs, a connoisseur of hard work and one of the original 'A's in Point A Media. Before Angela and Angie teamed up to start Point A Media in July 1999, Angela spent 13 years as a senior account executive for KTRE-TV. "In her previous life," she was an auditor for a major department store chain and has advised clients on many services including burial arrangements (true story, at one point Angela worked in a funeral home).

For more than 20 years Angela has been working with clients to create marvelous media campaigns, develop masterful strategies and generate kick-butt results for all types of industries with energy, enthusiasm and excitement (including quite a few "woo-hoos!") for every project. Angela handles client relations and executes monster big ideas. She earned a B.S. in Accounting and a minor in Finance from Cameron University and excels at anything that has to do with numbers. Angela particularly enjoys analyzing and scrutinizing every detail of every media purchase to make sure our clients get what they pay for.*

Angela worked with some musically inclined volunteers to help create the Blueberry Bluegrass Concert in the Park held annually on the Friday before the Texas Blueberry Festival. Angela loves to garden and serves as chair of the Nacogdoches Garden Capital of Texas Committee. She also serves on Nacogdoches Parks and Recreation Board. Angela is a past chairman of the Nacogdoches County Chamber of Commerce and has served on many chamber committees, including fundraising, the Total Resource Campaign and the Blueberry Festival. She is a graduate of Leadership Nacogdoches, and she has also served as campaign chair and president of United Way and as president of Nacogdoches' Business and Professional Women.

On Saturdays you can find Angela outside at a football game or hanging out in her home on Lake Nacogdoches, and on Sundays she is at Redeemer Lutheran with her family– her sons Henry, Hunter and Evan and her beautiful daughters-in-law Laura, Haylie and Lauren. 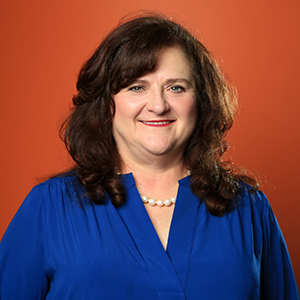