Kendal is a Nacogdoches native. While we suspect he’s a secret agent, quietly observing and patiently writing a Point A Media exposé that will reveal the true crazy within our four walls, he keeps telling us he’s happy and not too concerned about our general sanity.

Kendal began his career as a journalist, and has more than 14 years experience as an editor, award-winning page designer, reporter, columnist and critic. The only person he enjoyed interviewing more than Ray Price was Willie Nelson.

Here at Point A Media, he's a copywriter (i.e., one of the reasons you say ‘aww shucks’ after reading an ad or chuckle when you hear a radio spot), designer and a master of on-set production coordination (we’re talking real-life MacGyver stuff with things he pulls out of his truck). Oh, and if you recognize him from his “Grunge/Jam Band/Regional Mexican” days, he is THAT Kendal Rogers from Beefmasters*. He enjoys gardening and naps.

*The Internet remembers EVERYTHING. 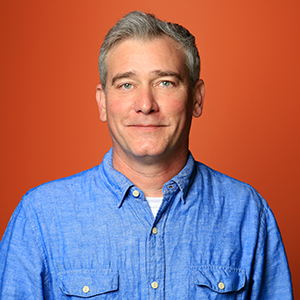