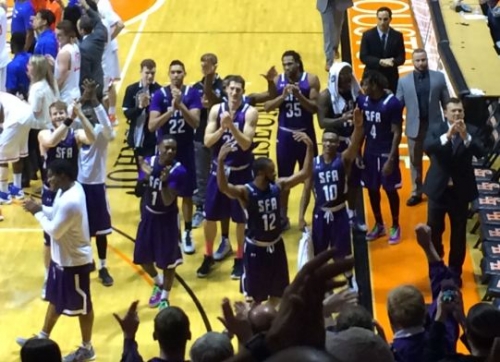 While our SFA Lumberjacks fell one point short of advancing to the Sweet 16, the team's 15 seconds of media fame during the 2016 NCAA Tournament shined the light a little brighter on all things Nacogdoches. Spring break typically marks a low time for site traffic, but worldwide focus on the bracket-busting SFA Lumberjacks increased traffic to all sites Nacogdoches this month.  Thanks for the ride, Lumberjacks, and the bump in recognition for SFA and Nacogdoches!  #MarchMadness